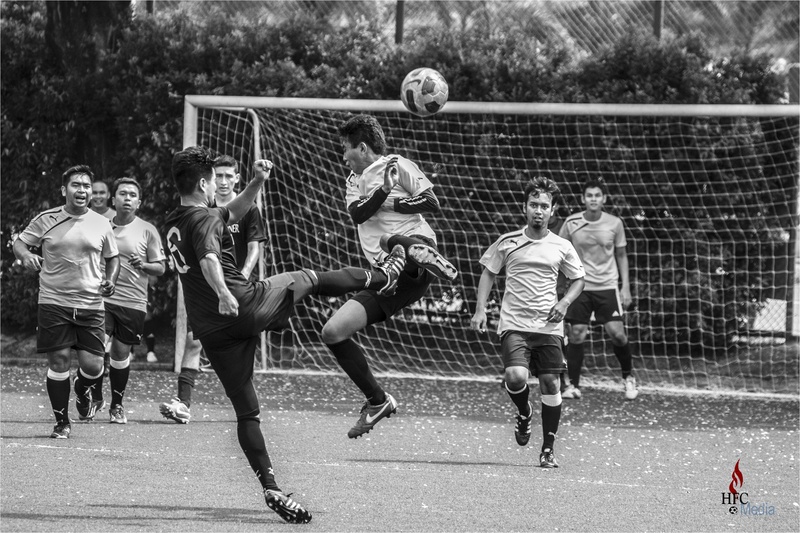 While consistency with matchday numbers has been a commodity Hilderinc FC has been crying out for the entirety of the ESPZEN Saturday League season for far, the lack in regularity of fielding an unchanged lineup has been a telling contributor to the Blacks’ horror start to the campaign.

For every game since June, when the momentum began to suffer, the Hilderincs have chopped and changed the squad, more out of wretched necessity rather than choice, and that was a repeated situation again as the Blacks started with an almost unrecognisable backline, including the goalkeeper.

Despite having five custodians on the books, it was Sunny Thairdu, already has been deployed in an altered position for much of the season, who kept the gloves, while only Sergey Darovskikh remained in defence with three alternations made from last week, with Denis Lobov, who last played for the Blacks more than year ago, kindly filled in the gap, while Nicholas Ledenmark, out of action for almost two months through injury, was jettisoned prematurely alongside the veteran, with Santiago Guerrero, playing his first competitive game, tasked with the leftback role.

Adding to that, the midfield part was occupied by Sam Bignell and Sunday Hilderinc, Tan Kah Hoong, in his first outing with the Saturday side, and mainstay, Diogo Baptista, leading the command.

Looking to erase the memories of the last meeting, when the Hilderincs suffered their worst competitive defeat in their almost 20year history, the Blacks made a decent start with their quick press.

However, as how their luck has panned out so far, Denis Lobov was highly unfortunate to divert the ball into his own net just inside the 7th minute mark.

The Hilderincs response, nevertheless, was swift as they resumed their exertion to restore parity.

And just when they thought they had found their way back into the game when Gabriel Magalhães was bowled over in the box, astonishingly, what looked to be an undeniable penalty was waved away by the referee, not for the first time this season, as the Blacks have been denied a stonewall spot-kick no less than three occasions prior to the this one, and it proved to be a key moment in the game, as far as the Hilderincs were concerned.

While in arrears by a slender disadvantage, the Blacks looked good for the money to stay in the contest as they kept knocking on the SNL door for a way through, until they had to break from the mid-point water break.

Perhaps taking the game to match a more mobile and youthful side, the resumption was anything the Hilderincs could have hoped for.

Leaving pockets while in pursuit of an equaliser, the Blacks were hit for four more goals in a 20min spell between the restart to the second half break, but frustratingly, majority of them would have been kept out on any other day.

The half time recess allowed the Hilderincs to reshape and reorder their resources, though the heroic effort of Nico Olvera (hernia) and Adi Ravikumar (slipped disc) to even try to lend their stricken bodies for the Blacks’ cause did not allow much leeway to provide choices on the bench, which now included Nicholas Ledenmark who was feeling the niggles of his still recovering ankle, leaving Marc Trotter the only exhausted but fit option.

Despite the shortcoming, the Hilderincs produced an outstanding stand against a side, who may have taken the foot of the gas with the lead they had established in the first period, but it was a credible effort from the men in black, more so considering the lack of fit alternatives.

Though result was not pleasing in any sense, the injury to Marc Trotter, who was suspected to have dislocated his shoulder following a reckless and needless tackle, which again went unpunished, put the greater perspective on the day.

The Hilderincs will put football aside and will hope for a speedy mend of their mate who has been a committed and integral part since his debut.