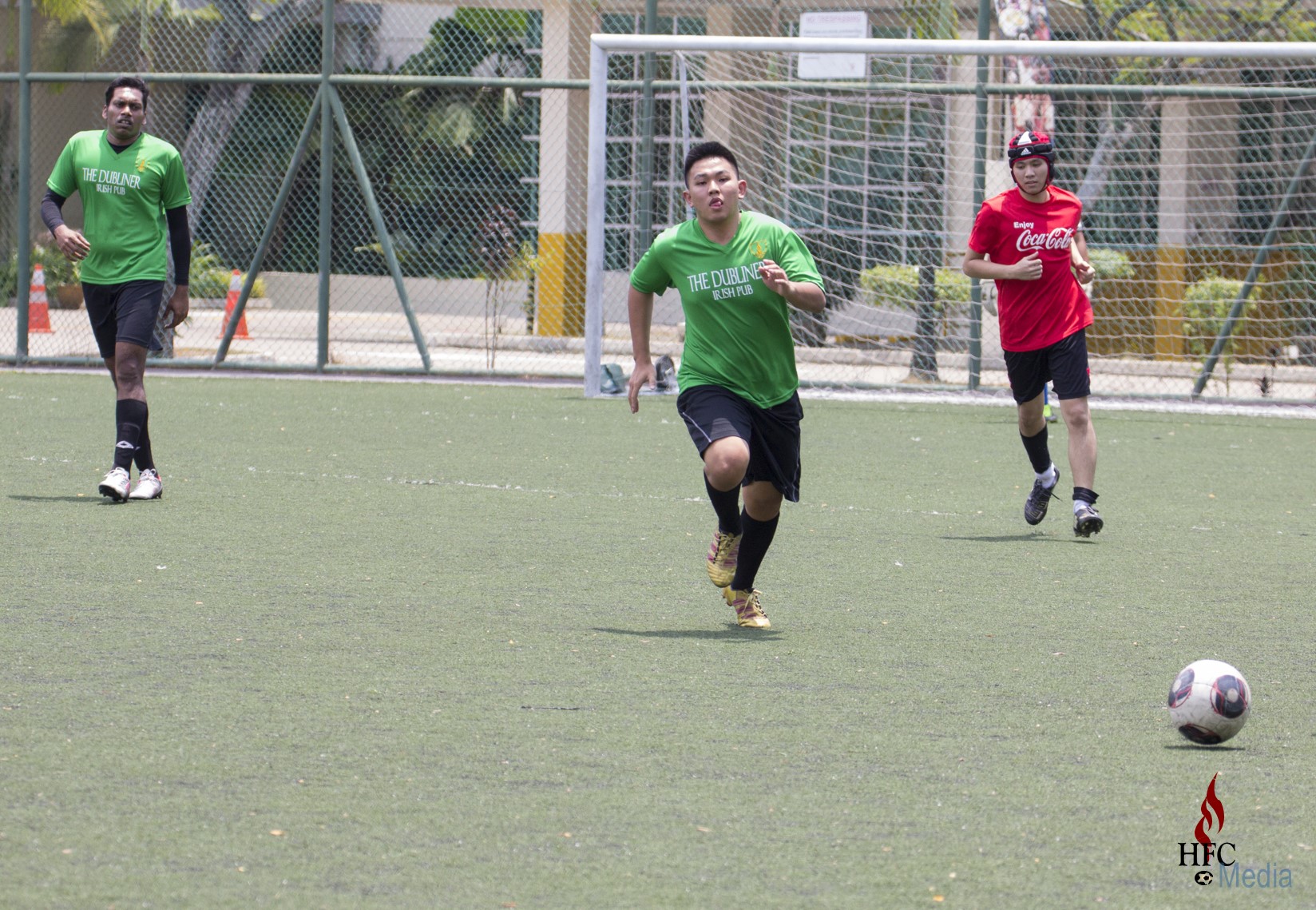 A weekend break from league duties allowed Hilderinc Football Club to prepare for their top of the table clash with Singapore Panthers FC next Sunday with a friendly game against an equally tough opponent in ESPZEN Sunday League Division 2 leaders, Gogooryo FC, at Bedok North Secondary School.

Having played each other in League 20, the Koreans, who skipped four divisions after their exploits of going through an entire season unbeaten, were to be a perfect groundwork despite the Blacks fielding an almost completely different side to that which started their opening two games in the league.

Nicholas Ledenmark, Shuichi Narita, Alex Wong, Andy Mackay and Ian Morris were the only players to have started against Smartmat FC last Sunday, while Chua Yuxuan, Takashi Ito and Nicolas Scribe made their first starts, as Hilderinc Socials’ Louis Law was given a baptism of fire in his first ever game for the Blacks.

With a barely there defence and midfield, Chua Yuxuan was converted to a rightback as Takashi Ito, Louis Law and Ian Morris formed an unfamiliar looking makeshift trio in the middle of the park, while Andy Mackay, Shasikumar Mathavan and Nicolas Scribe led the frontlines.

Subjected to immediate pressure from the Koreans, the Blacks held on with nervous disposition as they came to terms with the intensity their opponents always show, regardless of the lesser nature of the occasion.

There was no masking the patchwork as the Blacks put on extra shift to keep the Koreans at bay, and none so then keeper Gopal Peethambaran, who excelled when called upon.

However, despite their heroics, the Blacks were finally breached when Gogooryo scored from a cornerkick after a loose ball was not dealt with effectively.

As Roy Fir came on for the injured Ian Morris, the midfielder showed great composure as he shored up the midfield with his vision, as the Blacks came to their own, settling themselves to the task.

The Hilderincs very nearly pulled level when an Alex Wong freekick was mishandled by the Gogooryo keeper but were unfortunate to see Takashi Ito’s follow up header miss the target narrowly.

When it looked like the Blacks will keep the Koreans at bay, a deflected goal meant that they went into the half two goals down.

While the second half proved harder for the Blacks against their well stocked opponents, every Hilderinc showed great courage and grit at every turn as they levelled in stature with the well worked Koreans.

Testament to that was the Blacks’ goal which was pure artistry in motion.

Having worked the ball from defence, Andy Mackay’s deft touch to Roy Fir was in turn weighted perfectly inside the box and into the path of Melvin Ng, who covered a good 20 yards to apply a sublime finish.

Though the Blacks could have added a goal or two more, and the final score faltered Gogooryo FC to an extent, but the spirit shown by every Hilderincs in the face of considerable disadvantage, won praise even from amongst their Korean opponents.

All eyes will now be fixed on next Sunday when Hilderinc FC and Singapore Panthers lock horns for the all important league points.